Gilbert gets a cover, yay!

Last time; two parties occurred (one a bachelor party and the other a bachelorette party), Ham met up with her long-time bf Chester, and Herman died… but he was allowed to return to life since he’s unlucky.

And we begin this chapter with woohoo where dead people lay.

But at least they are willing to commit to each other after something like that.

Finally, Cake can start working on the thing she couldn’t do in Bridgeport.

‘Cause Bridgeport is stupid that way.

I had a lot of fun with all of Keavy’s outfits. You’ll see when you see her formal wear.

Oh, and she has lime highlights. :) 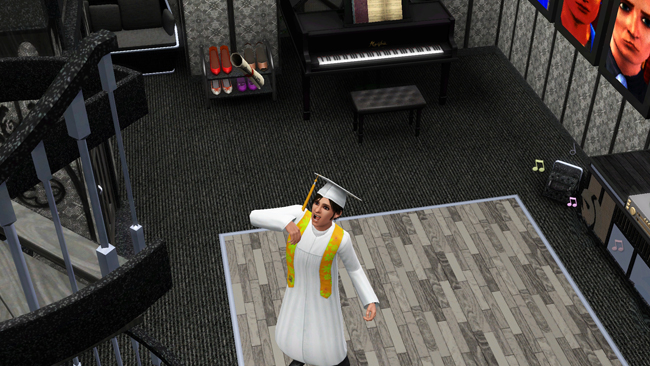 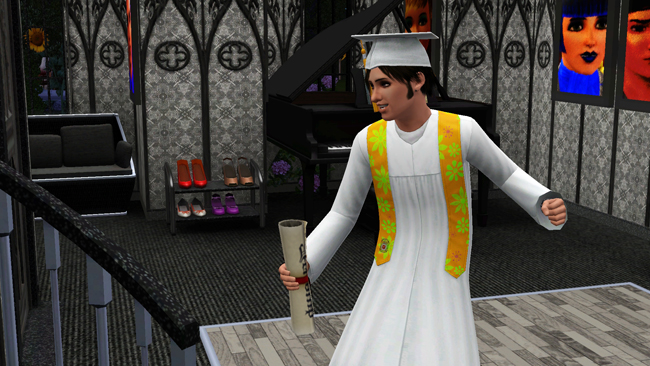 While there he gained the eco-friendly trait, and now wants to become an emperor of evil.

I knew hippies were evil! 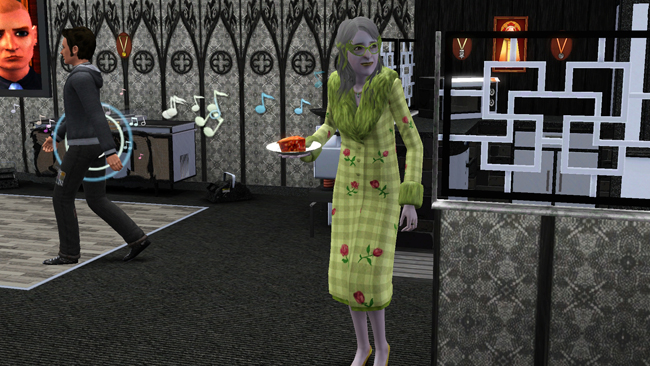 Yessss! Only Keavy can pull this look off.

Coal: What are you doing, mum?

Cake: I’m making some siblings for you.

Here’s the first one!

But she can of course not fit into the household, and has to leave. 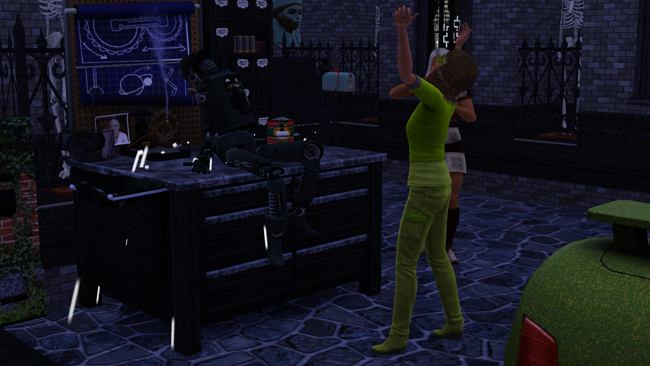 Next one is Jeremy.

Cake: *Yaaawn* Whatever, get outta here.

Cake: So that’s one, two… only one more to make.

Yay! Sliding down on the railing! An act which I am not gutsy enough to do. 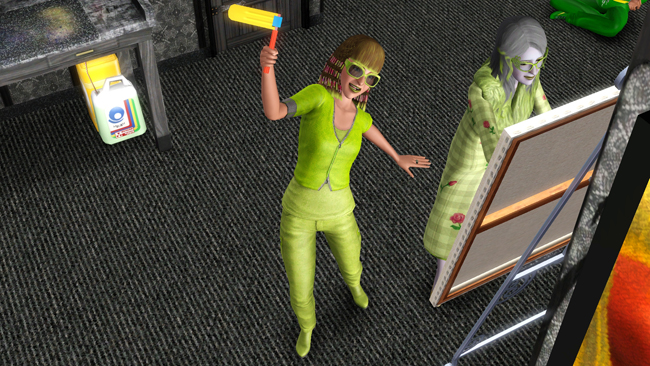 And she still doesn’t join the shorts club.

I guess she’s not that type of person.

This is her third simbot, named Juliet. She’s an evil, brave, party animal who’s afraid of water but really good with plantlife.

Juliet: Can I stay, mother?

Keavy: Why on earth did you take this picture?

I think your swimsuit looks lovely.

Coal: It’s not my fault you’re so frail, old man. 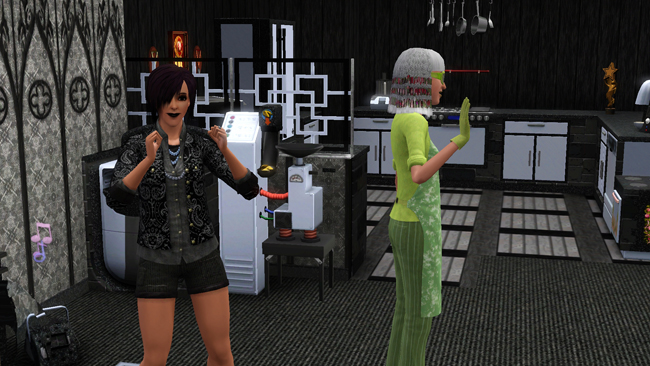 With Cake’s LTW completed (I completed Gil’s too a while ago), she, Gil, and Coal can move out to make room for new people. 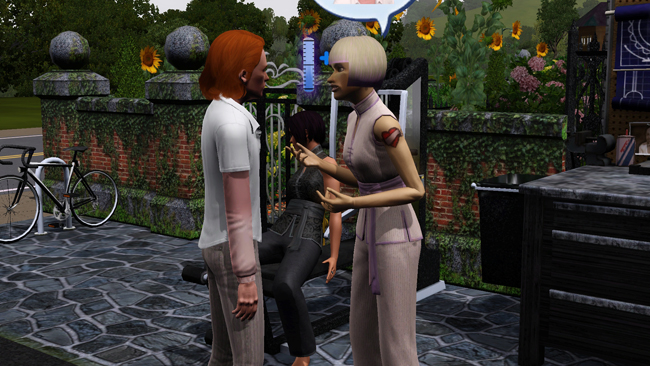 One of those people, is Chester.

So he gets Grænblár’s old to get a good start with his LTW. 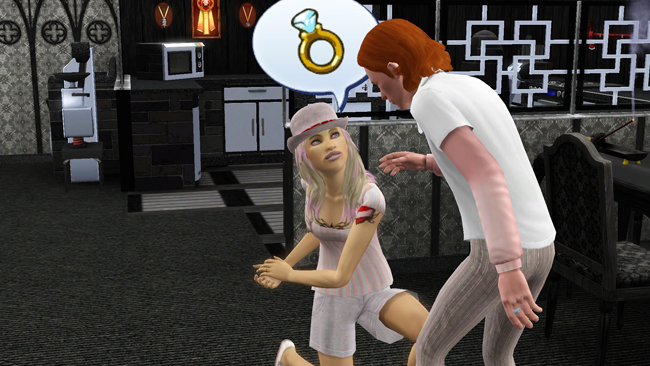 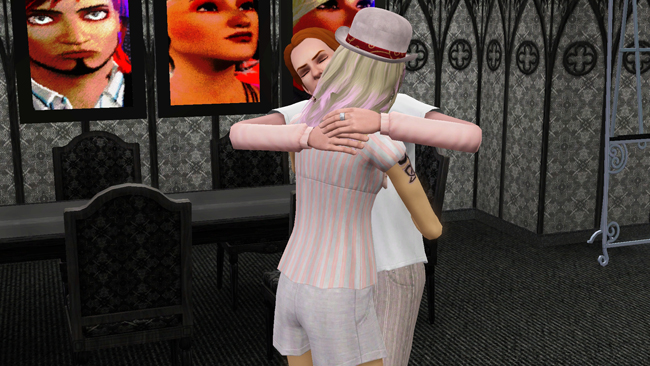 So, these two will bring forth a separate generation.

Because I don’t want Ham to become forever alone at the end.

Bonus: Vehicles belonging to (from up to down) Ham, Keavy, Gilbert, Cake, Jell-O.

This was a short one. The next chapter is the last black one. Until next time…